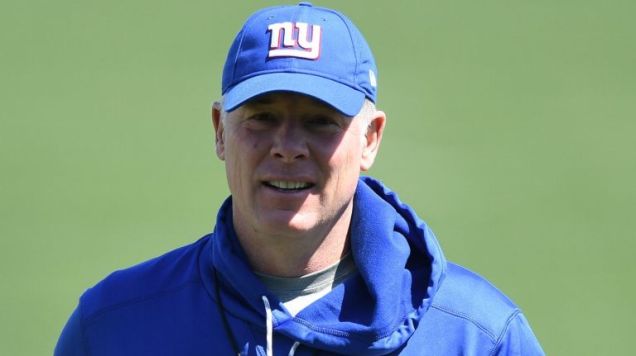 With all the optimism coming into this season, new GM, new head coach, new coaching staff, new exciting players obtained in free agency and the draft….. same pitiful results.  Shurmur picks up where McAdoo left off.  Another putrid performance against the Cowboys, the Giants are reeling at 0-2.

What is going on with this supposed new improved team?

Shurmur, offensive guru and quarterback whisperer, is the leader of an offense which is quite offensive.  29th in points scored at 14 points per game, 289 yards per game which ranks 28th in the NFL,  215 yards passing per game which is 24th in NFL, and 74 yards per game rushing which places them as 28th ranked.  This is a team which has explosive players OBJ and Barkley.  They still cannot score points.   Over the last two years, they averaged 16 points per game.  Thus far with two games completed this season, the Giants are averaging 14 points per game.  Things have gotten worse under Shurmur.

Despite the changes made to improve this team, they still cannot block.  What is disconcerting, the Giants spent 62 million dollars on tackle Nate Solder.  Sadly, the Giants cannot run behind him.  Even more disappointing, the Giants offensive line cannot pass block.  The Cowboys sacked Manning SIX times and hit him EIGHT more times.  It is not if but when Eli gets dismembered this season.

After watching film of this game,  Cowboys head coach Jason Garrett outmatched Shurmur.  His team was unprepared and made ZERO adjustments during the game to overcome the Dallas defense as well as stopping Dak Prescott with RPO ( read-pass-options) plays.

Two scratch your head decisions made by Shurmur:

Early in the first quarter after Dallas took an early 7-0 lead, the Giants were faced with a 4th and 1 on their own 44 yard line.  Instead of making a statement and going for it, Shurmur  showed ZERO intestinal fortitude.  He opted to punt.  This told me he has no confidence in his offensive line.  The Giants got hit in the mouth early.  Shurmur’s counterpunch was to punt?  This rubbed me the wrong way.  He had to make a statement.  He failed to do so.

Shurmur’s other blunder.   Opting to kick a field goal on the Dallas 10 yard line down 13-0 in the third quarter.  I know Ellison’s hold backed them up from 1st and goal at the 3 to the 13 yard line.  This was a crucial point in the game.  First of all, the Giants defense settled down and kept the game close.  Ultimately, the Giants needed SEVEN points and not Three.  Even if they did not score a touchdown, they would have backed up Dallas deep in their own territory.

As we move along to week 3 versus the Texans, the Giants are facing an opponent who is 0-2 on the season as well.  More importantly, Houston will be playing in front of their own fans for the first time this season.  And if you thought, the Dallas defensive line was ferocious, the Texans have a more formidable defense.  Their defense feature J.J Watt, Whitney Mercilus, Jadeveon Clowney (may play), and Benardrick McKinney should be licking their chops after watching the Giants on film the last two weeks.  Furthermore, the Giants defense will face their best quarterback thus far in Deshaun Watson.  So this once promising season is going to get ugly real quick.  Based on the promises the Giants made, we are going to hold Shurmur accountable for the current state of his team.

Shured Speech: Pat Shurmur appeared on his weekly spot with Mike Francesa on WFAN.  After listening to the interview, Shurmur came across as aloof.  He did not take responsibility for showcasing a team which played extremely poorly against the Cowboys.  He kept on repeating “We have to get better”.

Apple sauce:  Giants starting cornerback Eli Apple is out with a soft tissue injury.  His groin is bothering him which could prevent him from playing on Sunday.  This is a complete abomination.  As we have discussed here at the New York Giants Underground, soft tissue injuries are preventable.  This is on strength and conditioning coach Aaron Wellman.  With Apple out, and BW Webb forced to start.  It appears the Texans will be able to put up a lot of passing yards versus the Giants.

Requiem For a Loser

The Rules For Winning in the NFL v2.0