Written by: Tony “The Prophet” Yantosca 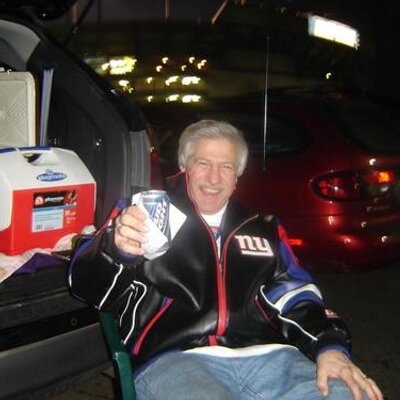 The 2018 Giants story starts on December 4, 2017. This is one of the greatest days in Giants history. John Mara finally fired Jerry “Reach” Reese after a decade of ineptitude. He left the team totally devoid of talent and he got Coughlin fired. Jerry did not believe in offensive line depth, linebackers, stud running backs or tight ends. When he finally felt the heat he started spending money on defensive free agents like a drunken sailor. The team is still dealing with these effects like a $15M cap hit of dead money for JPP. He spent $84M on Olivier Vernon, who averaged 7.5 sacks/year for his career. He has not eclipsed that with the Gmen yet.  There were no Pro Bowl selections. They only got Antrel Rolle on the Pro Bowl roster after the 2 Super Bowl teams pull out of the game and the myriad of players opt out with injuries or veterans ready to go home after another grueling campaign.

You have to like the no-nonsense approach that Dave Gettleman has brought to the Giants from day one. He brought discipline and a serious approach. This was 180 degrees from the locker room circus that Ben McAdoo let permeate the team. He totally lost control and had to suspend Eli Apple and DRC a game each. Dave has cleaned house with only 27 players returning from last year’s team. He also brought in Shurmer who is a very good head coach.

You have to like the free agents that Dave G has brought to the team. Nate Solder is a savior. Alec Ogletree is the first real linebacker that the Giants have had since Antonio Pierce. Guard Patrick Omameh is a solid veteran. Connor Barwin is a professional veteran presence who can play the key downs. Cody Latimer is the 3rd wide receiver that they did not draft. DE Kerry Wynn, OLB Kareem Martin and Michael Thomas are good depth players. The only exception that does not make sense to bring in is Jonathan Stewart, who is 31, and over the 30-year-old RB hill. His best years are behind him. He is slow as molasses and tested positive for Geritol. Gen Y kids please google it.

The draft was good and 180 degrees from the decade of horrific Jerry “Reach” draft that drove me crazy on draft nights as I am waiting like an 8-year-old for the new gifts from Santa and all I got every year was a lump of coal. Do you want proof? This is all that is left from the horrible drafts of Jerry that Mara, Tisch and the scouting staff signed off on: 2017-Engram, Tomlinson and Gallman, 2016-Apple, Sheppard, and Goodson, 2015-Flowers and Collins, 2014-Beckham, 2007 to 2013 0 players. So there are 9 players left from the Jerry era and after this year it will be down to 7 or more as we know Flowers, 1st round 9th pick, and Apple, 1st round 10th pick, will be gone. Barkley, Hernandez, Carter and Hill are good. I would have grabbed the 3rd receiver somewhere in this draft.

Dave Gettleman picked Saquon Barkley because it is a safe pick. This is Dave’s last rodeo. He is 67 years old and has health issues. He did not want to draft a QB that is hit or miss even as premier prospect such as Darnold. You could also tell at the end of last year John Mara was upset with owning a 3-13 team. Even though all the tickets were sold and the PSL money is in the bank, it bothered him that the stadium was half empty at the end of the year. It’s bad for the Giant image and the team’s pocket book of missing high-priced concession and merchandise revenue.

I would have drafted Darnold. The Giants have not drafted at #2 since the 1981 draft and it will hopefully be another 37 years before they draft there. They took Lawrence Taylor by the way at 2 that year. Eli has 2 maybe 3 years left. You have to draft for the future when there is a potential QB draft class that could rival 1983 and 2004. No doubt Barkley is the best player in the draft but this was a deep running back class. They could have gotten a starting back in the third round. Lest we forget that both Kamara and Hunt were third round picks. How ironic it would be that Darnold turns out to be the next Dan Marino and he plays 15+ years in Met Life Stadium!

Dave has transformed the team from the 2017 product but there are 6 to 8 holes on this roster that will keep the 2018 Giants from being a playoff team. I have them at 7-9 at best and with the glass half full, 8-8. The first 7 weeks of the schedule is the Bataan Death March. They start with the Jaguars, Cowboys, Texans, Saints, Panthers, Eagles, and Falcons. They will probably be 2-5 maybe 3-4 before the schedule gets easier. The way they will have to win is by outscoring teams with OBJ and Barkley.

As constructed, 2019 is the Giants all in year with a push to the Super Bowl. They get the $15M in dead money from the JPP deal. This is another Jerry “Reach” blunder by paying him all the money for low performance. Gettleman rightly just wanted him out of here. I would have never signed him for insubordination when he first blew off his hand. The Giants sent a representative to the Florida hospital and JPP refused to be seen. That person had to leave. Right then I would have cut him.

They will have to fix the holes in the offensive line, cornerbacks, and linebackers, add another edge rusher plus depth in the areas where there are none through the draft and free agency. Eli, who already shows signs of his age, will have his last chance to get another ring for the team. Gettleman is pushing all his chips in the middle of the table in 2019. At 67, he did not want to go on a long-term rebuilding with a young QB. If it doesn’t work and Darnold, Rosen and Allen look good, this will be his last job. In the back of his mind he knows Jerry was there for years when he should have been gone so what does he have to lose. So it is Super Bowl or bust in 2019.

Looking at this week’s matchup they face the best defense in the NFL with the Jaguars. One good thing is that they are not playing them in the 90 degree heat in Florida. They allowed 10 points or less in 8 of the regular season games last year. They had 33 turnovers, 2/game average, and 55 sacks. The Gmen catch a break with Dante Fowler being suspended for this game. But they still have to face Calais Campbell and one of the best ILB’s in Telvin Smith.  The Giants will have to establish the run early with their new toy, Barkley. It will be the only way to keep the pass rush off Eli. He has to throw against Ramsey and Bouye, who are one of the top 3 CB tandems in the NFL, if not the best. This allows the Jags D to just rush 4 for maximum coverage or they will send a linebacker or a safety on blitz packages. Eli started under McAdoo throwing the ball to the ground under high pressure situations that peaked in the 2016 game vs. the Vikings. They lost that game 24-10 but the ground had 6 completions. The left side of the OL is solid with Solder and rookie Hernandez. However the right side is a nightmare and will be heavily targeted by the Jags. Gettleman got rid of John Jerry, who is a JAG (Just A Guy) but he was an experienced JAG. Gettleman also made a huge mistake getting rid of Brett Jones who was able replacement for Richburg at center. He traded him to the Vikings to save $3.9 off the cap for an inexperienced Halapio, making $555,000. You are already seeing the impact of the OBJ deal! Plus there is no depth behind the starting five in the OL. Sheppard and Engram have to step up. These corners are so good; they may not need to double OBJ.

When the Jaguars have the ball, they will run Fournette. He is poised for a better season this year. Snacks Harrison has stopped the best in the middle, but they will throw to him to get him space. This will set up play action for Bortles. Even though they lost Robinson to free agency and Lee to IR, they still have weapons to throw to. They have Moncrief, Westbrook in the slot, Cole, a speedy 9 route burner, and capable rookie DJ Chark. Bortles isn’t Montana but he is more than capable of beating this Giants secondary especially off play action. They also catch a break with Olivier Vernon out for this game. I think Vernon has been a disappointment for the Gmen. He is a capable pass rusher. He had averaged 7.5 sacks/year at Miami and exactly 7.5 sacks/year for the Giants. To paraphrase Dennis Green, “he is who we thought he was.” For $85M I think we should get a little more. He played hurt all of 2016. He missed 4 games last year and he is missing game 1 this year.

This game smells from the point spread. The Giants should be 7+ point underdogs. I don’t know what Vegas knows that we don’t. Maybe they don’t know about the shaky right side of the Giant OL. The Jag defense is capable of scoring in any game. The Giants have to worry about really getting behind, so they don’t rev up the pass rush. I am calling this for a win for Jacksonville. They should win 24-13. The Gmen will have a better chance next week at Dallas.